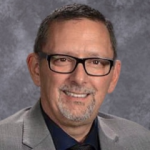 Michael Daulbaugh joined Streetsboro City Schools in 2010. At that time, he was chosen as the principal at Campus Elementary School. He served in this role supporting students and staff until he was named the district Director of Curriculum and Instruction in 2012.

Mr. Daulbaugh is also a proud father of a blended family of five children; four of which are attending college and one a junior at Glenoak High School.

We partner with families and communities to provide a personalized education that inspires and empowers students to be lifelong learners and productive members of our global society.

The Board of Education of the Streetsboro City School District has authorized one or more persons to go armed within the school district in accordance with O.R.C. 2923.122(D)(1)(d)(ii).